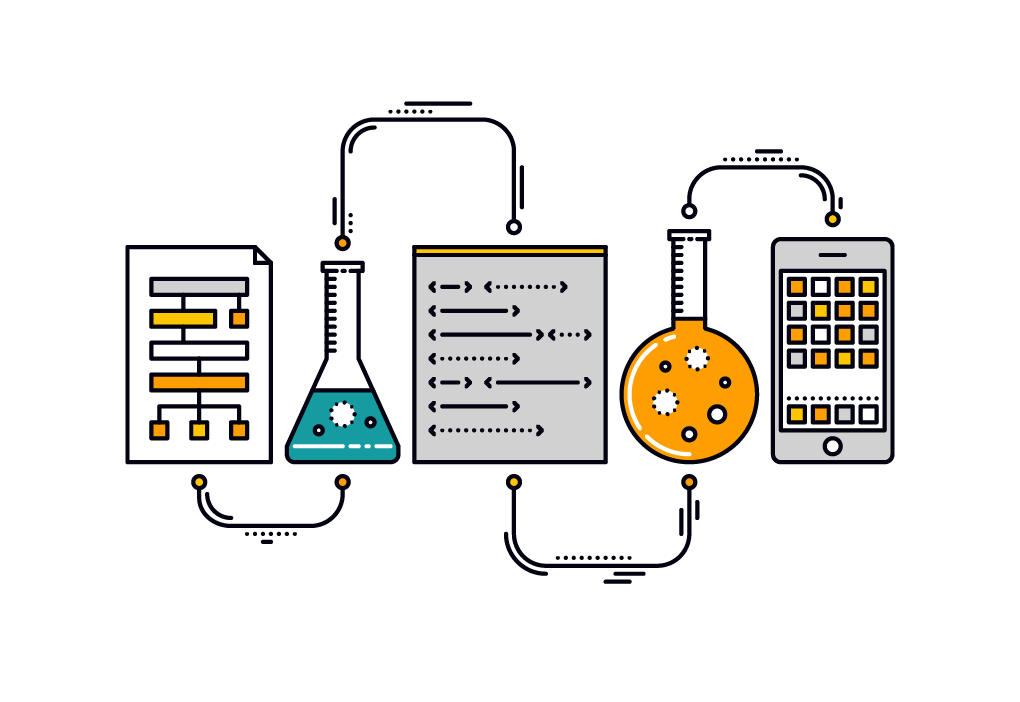 Avatria Convert is an eCommerce optimization tool that, among several capabilities, provides machine learning-derived product sorting that can be applied to product list pages (PLPs) or search engine result pages (SERPs). In other words, when a customer navigates to a category page, Convert will sort the items so that the most relevant results are at the top of the page.

Sort optimization tends to work well to drive conversion, revenue, and customer engagement—we recently observed a +30% increase in purchases and a +15% gain in clickthrough rate in an A/B test for a perfume retailer—but it’s also not unique in the field to observe certain cases where conversion metrics increase while average order value (AOV) or other revenue-based metrics decrease. This is not surprising: aside from some select industries, item price is generally inversely correlated with engagement and conversion.

This is a tricky issue. While driving conversion has numerous benefits outside of the revenue generated, most businesses will ultimately judge a tool by the effect it has on the bottom line. Resolving this potential conflict was the inspiration for our Data Science team to develop ranking models that could balance the two core objectives for any eCommerce site: conversion and revenue.

We wanted to use this blog post to share the results of our research into this topic. The first half of the post will share a high-level overview of what we did and what we found, while the second half will provide detailed explanations for the more technically minded.

As mentioned previously, when it comes to balancing conversion and revenue, there is no free lunch: the two concepts are fundamentally at odds. The lower the relative cost of an item, the more likely an interested user is to buy it (see: coupons). On the flip side, any of us can think of countless cases where we’ve decided not to buy something we otherwise wanted because the price was too high.

When it comes to relevance and product ordering, the issues gets more complicated. It’s difficult to gauge whether or not users would have clicked on or purchased items had they been ordered differently. There are a lot of factors that impact the likelihood a customer will interact with a given product—its position, the customer’s patience, list pagination, the quality of other products presented, the list goes on.

But we do know that users are vastly biased towards items that come ranked at the top of a list. This is true across all sites and industries, as is exemplified in the chart below.

Average clicks per position for a Convert customer’s training data comprised of PLP and SERP query result sets. Position bias shows that users are almost three times as likely to click on items in positions one or two than in positions 15+.

As such, in order to maximize revenue, we’ll have to make a tradeoff. By moving more expensive items towards the top of a PLP or SERP, we increase the probability of those items being purchased, and the overall revenue generated by the list. However, by moving less desirable items into these key positions, we may end up decreasing overall engagement and conversion rates. The challenge for the data science team, then, was to find the happy medium.

After studying other eCommerce companies’ approaches to this problem, we decided to evaluate two different methods for optimizing revenue. These methods were broadly similar in that they relied on a two-step process, where our base relevance model (which does does not consider product price) was augmented with a post-processing step to incorporate price.

An example of the two-step revenue-aware rank model flow.

These two approaches were as follows:

Etsy’s 2019 paper, “Joint Optimization of Profit and Relevance for Recommendation Systems in E-commerce,” was the major starting point for us in developing our expected revenue model. We liked the simplicity and clarity of this method, as it took the predicted purchase probabilities output by a classifier model and multiplied them by a price function, g(x). We could then simply sort by this expected revenue value.

If you’d like to get into the nitty-gritty of either approach, please see the Appendix section at the end of the article.

We’re about to get into a detailed discussion of our evaluation methodology that can get pretty wonky. If math isn’t your forte, feel free to skip ahead to the Final Choice section below.

We compared each method on datasets from three Convert customers using a variety of both relevance and revenue-based metrics. The evaluation metrics used were as follows:

Example of what an ideal ECDF curve would look like. Unfortunately, you’re unlikely to encounter one of these in the wild.

By drawing ECDF curves for multiple models on the same plot, we can easily visualize the tradeoff between relevance and revenue. In fact, we can even quantify it by calculating the area-under-curve (AUC). Because we want the area under the curve to be as small possible for any given metric, we can compare the AUC values of different models, telling us the relative improvement between them.

Illustration of a rank model’s NDCG ECDF and its reduction in AUC (the difference between grey and orange curves) over the NDCG of the baseline ranking. In this case, the rank model has reduced the AUC by 26.7%.

As expected, our research confirmed our suspicions about the tradeoff between relevance and price. The below charts shows how different versions of our relevance-revenue hybrid model performed, according to NDCG and AvgPrice. We plotted all three versions of the RRH model against both a baseline figure (the blue line), and our standard relevance model (the orange line).

The most aggressive of the RRH permutations we experimented with, the 20% relevance / 80% price hybrid, is the green line below. We can clearly see that this model has the highest proportion of product sets below each relevance benchmark, and thus the largest AUC. However, the second chart shows us that it has effectively raised the average price of products in the first 20 positions. This same tradeoff applied to the ER ranker as well.

To help us compare the relative gain and loss of each model, we created the table below, which shows how each model performed across evaluation metrics, as compared to the baseline holdout set. We can see that while the RRH model’s NDCG gain dropped from +5.70% in the base ranker to +4.50%, it achieved a +33.77% improvement in NDCP, as compared to the base model’s +7.58%. Needless to say, trading a small amount of relevance for that much revenue potential is well worth it. The data science team’s goal, then, is to pick the method that provides the least sacrifice with the most upside.

The AUC under various metrics’ ECDF curves and their corresponding percentage improvement over the holdout set for Customer 1. The purchase classifier model causes a leftward shift in the AvgPrice EDCG – evidence that Customer 1’s customers prefer to purchase less expensive items.

In an effort to simplify the decision between RRH and ER ranker metrics, we placed each ranker’s performance on each metric into either 1st, 2nd, or 3rd place across the three customers included in the experiment. Overall the RRH (α = 0.9) ranker comes in first place for NDCG for two customers and 3rd place for another customer, so the RRH ranker gets 1.7th place for NDCG. Our full-table is below.

Comparison across NDCG, Revenue, NDCP, and AvgPrice metrics across RRH and two types of ER rankers.

Our best-in-class revenue ranker was the expected revenue ranker, but closely trailed by RRH (α = 0.9). Given the closeness of the two’s performance, we decided to follow the RRH approach as our standard revenue optimization strategy for a few reasons.

The extensibility of the rank product algorithm. Not only can we blend product price with Convert’s relevance ranking models, but we could add any number of other product features to help sort items according to our customers’ needs, e.g. inventory, using a simple weight normalization scheme.

We hope you enjoyed this deep-dive into Convert Engineering! If you are curious about trying Convert, get in touch for a free-trial. We can run a 30-day free A/B test for your B2B or B2C eCommerce site so that you can start getting improved list-attributed engagement and revenue KPIs!

Rocket Travel first proposes an expected revenue ranking based upon “querywise softmax probabilities.” This means that we would take the model scores predicted by a lambdarank-objective ranking model, which are continuous, and transform them into “probabilities” between (0, 1):

The querywise softmax probabilities would then be multiplied by revenue (or profit, if that data is available) and the final ranking would be a sort-ordering of items by decreasing expected revenue or profit.

The problem with using querywise probability scores like this are twofold:

Rocket Travel offered a solution to the second issue by using a rank product, similar to a geometric mean, which is what led us to the approach we followed:

To recap, that approach is as follows:

As a future area of research, the data science team may experiment with different discretization strategies and start grouping similar scores or prices into the same rank. For example, two consecutive items whose prices differ by $100 would be treated differently than two items whose prices differ by only $0.50. Similarly, if the most relevant item in the list is given a score of 2.7 by the model and the next-most relevant item only receives a score of 0.1, an alternative ranking function might be able to better account for this scale difference rather than assigning ranks 1 and 2.

Etsy’s paper, on the other hand, actually attempts to directly maximize a two-part objective function combining relevance and expected revenue (or in the case of the paper, expected profit):

L(Θ) is the Bernoulli loglikelihood of a logistic regression classifier (so, a measure of model relevance), E(Θ) is the expected revenue calculated directly from the logistic regression classifier’s predicted purchase probabilities, and c is the tradeoff between the constituent relevance and expected revenue objectives, the same tradeoff that the α parameter controls in the rank product ranker.

We refer to this as the “Etsy objective.” Its objective function is wonderful for its simplicity and directness in expressing the relevance/revenue tradeoff. But the authors provide no insights into how to choose c. The benefit of α is that it’s scaled within (0, 1), but the choice of c will vary depending on the price variance of every individual customer’s product catalogs. Further, the fact that expected revenue is so easily “hacked” made the data science team nervous: it could be very easy for a model to become trapped at the obvious local maximum of the Etsy objective—the classifier that predicts “every product will be purchased,” thus achieving maximum “expected revenue.” While we could create custom gradient, hessian, and metric functions to maximize the Etsy objective with a tool like LightGBM (instead of via linear programming methods as suggested by the paper’s authors), this lack of intuition as how to set c ahead of time made the data science team hesitant to directly maximize the Etsy objective.

Our methodology was as follows: